There is a broad mainstream of Christian theology out there. But there’s a shortage of high-quality educational materials that make those ideas accessible to adult laypeople.  The Wesley Theological Seminary Lay Academy fills this gap, bringing the teaching of the world’s best theologians right to you.

Earn a Lay Certification, or take courses a la carte

Alternatively, anyone — lay or clergy — can enroll in any of the courses available from the Wesley Theological Seminary Lay Academy.  BeADisciple regularly offers these courses; click the links to learn more and enroll.

Methodist Identity: Our Story (offered every January and August)

This is an adult education course hosted by Justo Gonzalez featuring contributions from 18 of the world’s leading Methodist scholars. The course will benefit both lifelong Methodists and those coming to Methodism from other traditions.
The Methodist Identity video series explains what it means to be Methodist. This first course includes eight half-hour long presentations by leading Methodist scholars. Speakers describe the 18th-century Wesleyan revival in England and the growth of Methodism in the United States and around the world. Supplemental videos cover in more detail the rise of Methodism in Europe, Asia, Africa and Latin America. 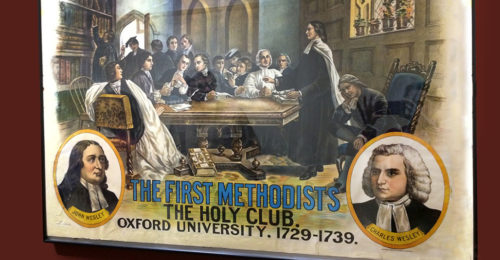 Methodist Identity: Our Beliefs (offered every March and October)

This is an adult education course hosted by Gregory Ingram featuring contributions by 9 of the world’s leading Methodist scholars. It builds on the history of Methodism by examining Methodist beliefs and focusing especially on those doctrines that make Methodists distinctive.
Eight half-hour long presentations by leading Methodist theologians offer valuable information and insight concerning core Wesleyan ideas. The course will benefit both lifelong Methodists and those coming to Methodism from other traditions. 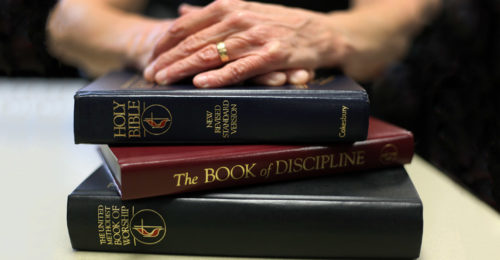 Devotion to Jesus: The Divinity of Christ in Earliest Christianity (offered every October)

Dr. Larry Hurtado contends that worship of Jesus was a very early, widespread and radical practice for 1st century believers. A renowned professor at Edinburgh College, Hurtado is an expert in Christian origins. In this course, Hurtado utterly refutes those skeptical scholars that propose that belief in the divinity of Jesus grew incrementally over time. The more plausible explanation is that Jesus believed he had a unique relationship with God and that he was God’s decisive agent in human history. 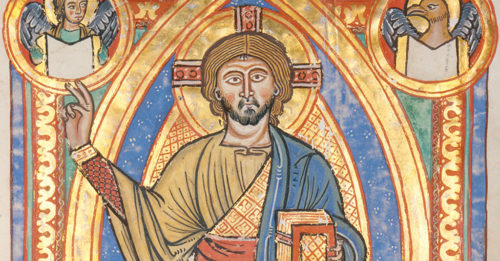 In God’s Time: The Bible and the Future (offered every January)

Enormous confusion exists today concerning the Bible’s teaching about the future. The In God’s Time course offers an alternative to sensationalist perspectives about the future, an alternative that is at once faithful and sane, readable and scholarly. The course is based on the acclaimed book of the same title by Dr. Craig C. Hill and features video lectures as well as online discussions, weekly letters, and more. In God’s Time encourages Christians both to take seriously and to think sensibly about the hope of God’s ultimate victory. It is a relatively advanced course that will appeal most to people who have a background in biblical studies, such as completion of the first year of the Disciple Bible Study course.

This course will involve reading and discussion on the book “In God’s Time” by Craig C. Hill. Participants will need their own copy of the book which may be ordered from your local bookstore or Cokesbury.

Lessons Include:
1. Are We There Yet?
2. The History of the Future
3. The Covenant Future
4. Apocalypse Then
5. Between the Testaments
6. Daniel
7. Revelation
8. Jesus and the Things to Come
9. The Once and Future Kingdom
10. Conclusion: Hope Unseen 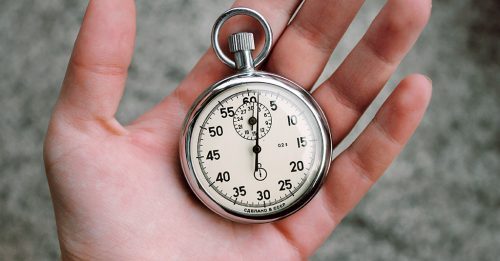 Journey Through the Psalms (offered every March)

This workshop is based on the widely-used book Journey through the Psalms, and features video lessons by its author, Dr. Denise Dombkowski Hopkins, Professor of Hebrew Bible at Wesley Theological Seminary. Through the course of eight weekly sessions, the workshop provides a vehicle to bring the Psalms to life for prayer and worship in the local church and helps participants learn to approach God with the honesty and emotional intensity of the ancient psalmists.

Lessons Include:
Praying the Psalms
The Synagogue, the Church, and the Psalms
Your Hallelujahs Don’t Have to Be Hollow Anymore
You Get What You Deserve, Don’t You?
Complaining in Faith to God
Life in the Meanwhile
The Lord Reigns. Enthronement Psalms 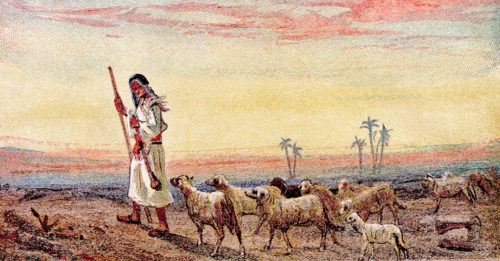 A Life Worthy of the Gospel (offered every August)

How do Christians think and act faithfully in a complex and often ambiguous world? What models from Scripture and Church history might help us to live “lives worthy of the Gospel” in the 21st century? This eloquent, challenging and inspiring six-week introduction to Christian ethics avoids pat answers and simplistic lists of do’s and don’t’s . The course includes weekly video lectures by Dr. Sondra Wheeler, professor of Christian ethics at Wesley Theological Seminary in Washington, D.C. Dr. Wheeler focuses on the formation of Christian character, citing helpful examples both from Scripture and from Church history. She concludes with a test case: the issue of money and consumption. What would Paul, Augustine, Luther and Wesley say to modern Christians about their use of resources?

Lessons Include:
1. Introduction: A Christian Way of Living?
Four Models for Christian Ethics:
2. Scripture: The Story that Forms Us
3. Augustine: Ordering Our Loves
4. Luther: The Spirit of Christian Life
5. Wesley: Transforming Grace
6. Conclusion: Learning from Our Traditions — A Test Case 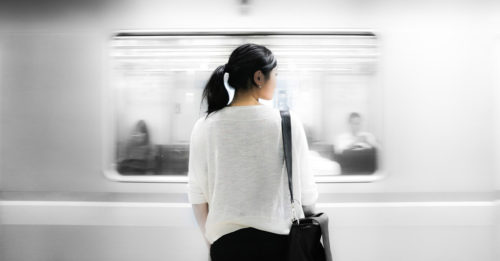 Religions are intimately connected in our ever-shrinking world. We need to be both deeply formed by Christian sources and broadly informed by interreligious resources to engage this world with confidence and graciousness. This course invites you to cultivate a missional presence in the world that is passionately Christian as well as compassionately interreligious. It accompanies you through various religious beliefs, practices, and communities to learn about unexpected divine wisdom in unexpected places. 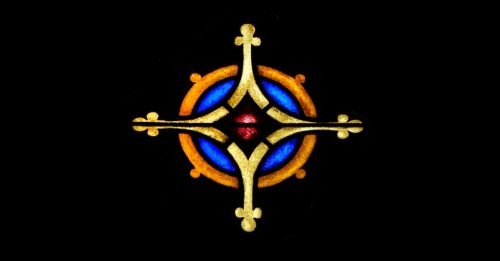 Religion and Science: Pathways to Truth (offered every August)

Must we reject belief in God to accept the findings of science?

Dr. Francis S. Collins, Director of the National Institutes of Health, hosts this ground-breaking series in which several leading scientists, theologians, and philosophers explore the contrasts and similarities between religion and science. This group of experts considers if and how religion and science might coexist and even complement one another in the 21st century.

How do you reconcile the presence of evil in the world with belief in a loving God? How should Christians relate to other religions? Does the “Christ of Faith” bear any resemblance to the “Jesus of History”?

Ten Christian and Jewish theologians – world experts in their fields and persons of faith – each address a single perplexing issue. These ten issues are obstacles to faith for many both in and outside of the church. Each week a short scriptural study and personal reflection questions will help participants begin to think about the topic. Video presentations by the noted scholars will provide further material for discussion. This course will encourage energetic discussion and sustained reflection by both believers and seekers. 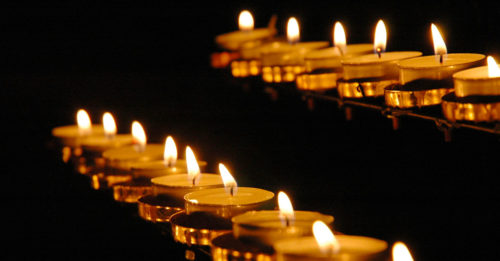 Lessons include multiple streaming video segments. Students will be assigned daily readings, reflection questions and activities, and are expected to contribute regularly to online discussion forums with the instructor and other participants. 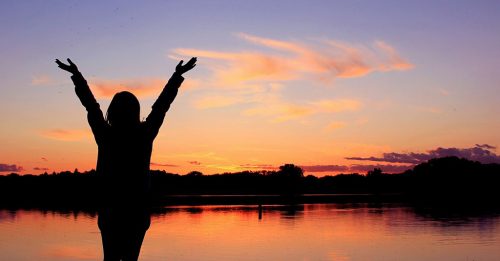 This course is not just for women! The workshop is about how Christians in different cultures, different time periods and different social locations have told their faith stories. Amy Oden, professor of the History of Christianity and Dean of Wesley Theological Seminary in Washington, DC, presents video lectures on six Christian women who wrote about their faith. The workshop explores how we, as members of the Christian family, tell our “family stories.” It also helps us to examine our own faith and to articulate our own experiences of God. 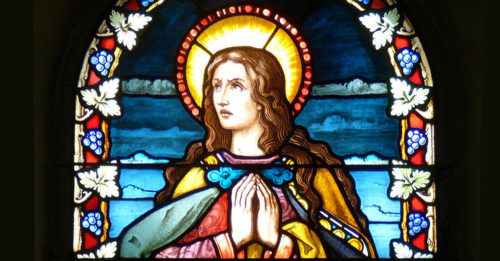 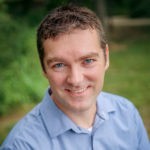 Michael Beardslee helped organize Wesley Theological Seminary’s content and structure the coursework for these online classes at BeADisciple. You can read his biography to learn more about him.