Part of a certification or series of courses?: Yes (Wesley Academy)

Lessons include multiple streaming video segments. Students will be assigned daily readings, reflection questions and activities, and are expected to contribute regularly to online discussion forums with the instructor and other learners.

About the Program Director 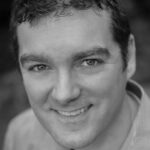 Michael Beardslee began working for the Institute for Discipleship and BeADisciple in early 2016, developing and facilitating courses for a new project called the Wesley Lay Academy. He was born and raised in South Central Kansas, where he currently resides after a period of moving across the United States for his graduate studies.

“I was introduced to one of the finest books on Christianity I have ever read.  Well written and insightful.”

“This was a very in-depth class and it caused me to consider things I never examined before; I will need to go back and re-read the book as there is a lot of content discussed in the chapters.”

“The reading selection provided a good framework to explore the topic.”