IFDC420 – The Theology of Christian Care and Counseling

You will need a password to enroll in this class as proof of pre-requisites.

Part of a certification or series of courses?: Yes (IFD Certification in Christian Care & Counseling)

In this course, we will look at the Biblical themes of sin, suffering, exodus, sacrifice, law, kingdom and exile and how they develop in Scripture over the course of redemptive history. Counseling topics such as interpersonal ministry, conversation, discipleship, personal struggles and crisis will also be studied.

Students are required to have the following books for this class:

This course is eligible for 3.0 CEU. 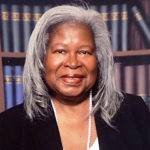 Reverend Shirley J. Connally is a retired teacher/counselor/minister with a B.A. (English/French), M.Ed. (Counseling & Guidance), M.Div. (Theology) and additional studies on the Doctor of Ministry Degree. She retired from public education with 36 years’ experience as an English teacher and/or secondary counselor. She also taught freshman English at the Houston Community College for several years. Additionally, she served as an adjunct professor at the Charles Harrison Mason Bible College and owned a private practice counseling office for several years.

She has served in ministry in the local church and community for most of her life. She was ordained after completing seminary while serving as an associate with three Baptist pastors and went on to serve as associate and senior pastor in The United Methodist Church. Even though most of her training and service as an adult has been in The United Methodist Church, her childhood years were spent equally divided between three denominations (Methodist, Baptist and Catholic).

She has always been drawn to teaching and helping people, so, naturally using her gifts of teaching and counseling have been dominant in her life. She has offered courses in Christian care and counseling and Bible studies for children, teens, young adults, middle adults and senior adults, reaching all developmental stages of life. She has also offered courses on God’s purpose for the family and prayer retreats, providing time and guidance for those times when we need to go to a quiet place and spend time alone with God. Her prayer is that we can study and continue to develop additional skills and a basic knowledge of how we can use the Bible to help people live better lives.

She is the mother of one daughter in business and one granddaughter. She loves teaching Disciple Bible Studies, serving on the Scholarship Committee, Nursing Home Ministry, St. Stephens Food Pantry and helping wherever she is needed in her church and community. When relaxing she loves reading, crocheting and watching Houston’s #1 sports teams (Texans, Rockets and Astros) and helping people. 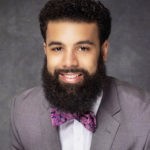 Marquice Hobbs is the proud grandson of Estell and Robbie Hobbs, and was raised in Houston, Texas. He received his calling into ministry at the age of fifteen while attending a summer youth camp at Lakeview Conference Center. Following his graduation from Westside High School in Houston, Texas, he attended Stephen F. Austin State University (SFA) in Nacogdoches, Texas. As a student at SFA, he served as student body president for two years; 1st and 2nd vice president and co-chair of the political action committee of the NAACP collegiate unit 6812; co-leader of Bible Studies at the Wesley Foundation; and chaplain of Men of Achievement. In 2015, he graduated from Stephen F. Austin with a Bachelor’s of Art in Philosophy and a minor in Psychology.

After his graduation, he attended Candler School of Theology at Emory University in Atlanta, Georgia to obtain his Master of Divinity. While at Candler, he served as chaplain intern at a Reginal Youth Detention Center, episcopal intern to the Mississippi Annual Conference of the UMC, delegate to the General Conference of 2016, co-developer of a leadership pipeline for a megachurch, and pastoral intern to Cascade UMC in Atlanta, GA.

Marquice is currently married to the love of his life Chantelle Hobbs who is a seminary student at Dallas Theological Seminary. They live in SW Houston where Marquice is appointed as the Pastor of Discipleship at Faith UMC in Richmond, Texas. In this role, Marquice oversees the discipleship of all members from the cradle to the grave which include Sunday Schools, Youth Ministry, Children’s Ministry, Life Groups, and Adult Education.

Some of his favorite pastimes are to date his wife and experience life together, play with his 3-year-old Shi Tzu named Zoey, workout, read books, watch movies, and hang out with friends and family. Marquice sees himself in the future as an ordained Elder of the UMC and or a professor of ethics or black church studies. Meaning, although he is currently a commissioned Elder in the Texas Annual Conference, he is discerning whether to attend a doctoral program in order to obtain his Ph.D. in the ethics of masculinity found in black neighborhoods or settle with being an Elder of the UMC. One of his biggest mottos is “don’t allow what you can’t control to control you,” which is something he began to develop while in community with the incarcerated youth at the Regional Youth Detention Center.

Marquice loves God and loves God’s people, striving everyday toward unity with Christ in mind, body, heart, and soul. His hope for all God’s people is for them to find life’s fulfillment in Christ, and Christ alone.